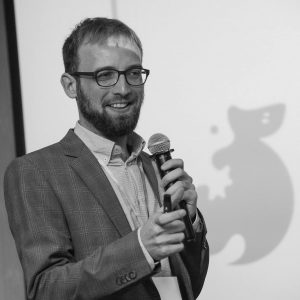 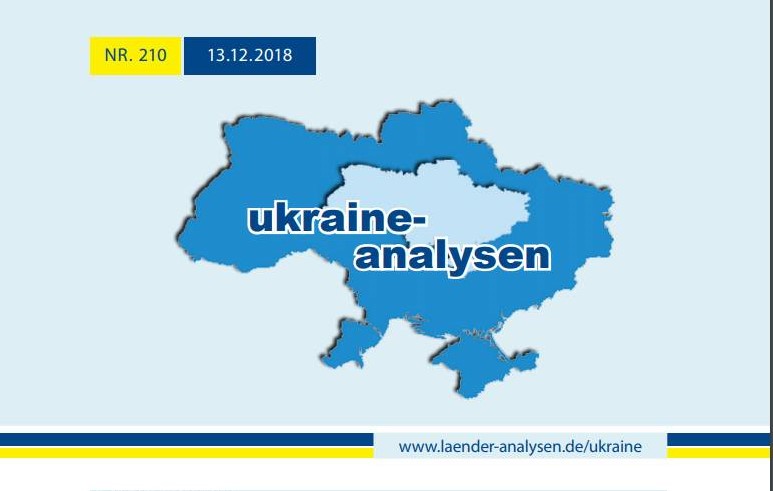 Social Entrepreneurship in Ukraine: An Effective Tool for Overcoming Challenges?

In recent years, social entrepreneurship has become a highly relevant and effective tool for solving social problems, both for civil society and for small and medium-sized enterprises. The increased importance of this relatively new field of business for Ukraine stems from the society’s response to the social, economic and political challenges resulting from Russia's military aggression against Ukraine and the beginning of a comprehensive reform process in the country. Ensuring the sustainable development of social entrepreneurship, which contributes to the democratization and stabilization of Ukraine, requires consolidated support from the Ukrainian state and international sponsors.

Social Entrepreneurship as a Tool for Solving Social Problems

Social entrepreneurship is a relatively new instrument that, through the application of innovative entrepreneurial income generation concepts, addresses both local and regional social challenges to positively impact them. Social recognition and social influence are among the greatest successes for social enterprises.

According to the data from Social Enterprises Directory 2016/2017, there are currently estimated to be about 150 social enterprises of different legal forms (from NGO to LLC) in Ukraine. Some experts estimate the number of Ukrainian social enterprises at up to 1,000. That huge gap could be explained by the fact that not all the social enterprises had all criteria set by Directory (for example, transparent reporting or annual reports publication).

Until now there is no in-depth analysis of the social entrepreneurship sector in Ukraine. A considerable number have been established in the last four years, dedicated to topics such as inclusion, ecology, combating corruption, and many more. For example, the pizzeria Pizza Veterano and the café Veterano Coffee in Kyiv advocate for the integration into society of former soldiers and combatants formerly involved in military activities since 2014 in East Ukraine. The Good Bread from Good People bakery in Kyiv integrates people with disabilities by offering them employment opportunities. Public restaurants such as the Urban Space 100 in Ivano-Frankivsk (founded in 2015) and Urban Space 500 in Kyiv (foundation phase) have gathered 100 and 500 social investors, each having contributed $ 1,000 to their establishment. In doing so, the investors waived a refund and shares of future income of the restaurants. Instead, 80% of these restaurants’ profits are invested in local social and cultural projects. The charity shop Laska in Kyiv and the Walnut House bakery in Lviv also direct part of their profits to social and community projects.

Social enterprises directly reflect existing social challenges in Ukrainian society that require fast and innovative solutions. They are an integral part of the development of modern Ukraine and the consolidation of emotional and intellectual human resources.

Development of Social Entrepreneurship in Ukraine

Social Entrepreneurship development in Ukraine can be divided into three phases. The first phase can be dated back to the period of 1991-2010 when first international donors (for example, USAID) started to implement the concept of social entrepreneurship in Ukraine and took care of slow but steady establishment of this sector. In 1991, Ukraine adopted a still-valid Law, No. 875-12, ‘On the Fundamentals of Social Protection of People with Disabilities in Ukraine’. It ensures social benefits for persons with disabilities who carry out entrepreneurial activities. As a result of this law, a special fund for the financial support of business activities of Ukrainian citizens with disabilities has been established. Although this was an important impetus for the development of social enterprises, it did not lead to the establishment of the term ‘social entrepreneurship’ as a business activity of people with disabilities in the broader society.

In the course of the implementation of the project Ukraine Citizen Action Network (UCAN) in 2004, the term ‘social entrepreneurship’ became public for the first time. As a result of the training project funded by the United States Agency for International Development (USAID) and implemented by the Institute for Sustainable Communities (ISC), 28 financially supported social enterprises have emerged, some of which continue to exist today. The Mychajlo Bulhakov Literary and Memorial Museum is a proud example, with its revenues used to refinance the museum and benefit a charity fund.

The second phase of the development of social entrepreneurship took place between 2010 and 2016. It is characterized by the formation of important collaborations that led to the development of particular programs, as well as by the first publications of articles and books on the subject. For example, in 2010 the project ‘Promoting the Development of Social Entrepreneurship in Ukraine’ was launched in cooperation with the British Council, the Eastern Europe Foundation, the International Renaissance Foundation, Pricewaterhouse Coopers and Erste Bank. Within the framework of the cooperation, training for trainers in social entrepreneurship were developed, three support centers were opened in Kyiv, Donetsk and Lviv, and a special program for loans to social enterprises was launched.

Vasyl Nazaruk was a pioneer in research and education during this development phase, co-founding an all-Ukrainian ‘Social Initiatives Resource Center in Kyiv in 2012. He is a founding member of socialbusiness.in.ua - an online portal of this sector in Ukraine launched in 2013 and currently the only online resource in Ukraine. He is a co-author of the first directory of social enterprises in the country and manages the Western NIS Enterprise Fund social investment program, which has been in place since 2015 and awards corporate loans between 5% -10%.

In 2014, the first Ukrainian publication on the subject appeared. The book Each of Us Creates Change: Social Entrepreneurship and Strategic Philanthropy, written by Kateryna Smagliy, was financed by the US Embassy Fund for Democracy Support in Ukraine and published by the Fulbright Program in Ukraine.

The third phase of social entrepreneurship development in Ukraine started around 2016. The industry has seen strong growth and more and more players and international donors, including Germany, and the EU. Ukrainian universities have also shown their interest in the subject. ChildFund Germany, with support of the German Federal Ministry of Economic Development and Cooperation, together with the East Europe Foundation launched 3.5-year Program ‘Promotion of Intersectoral Cooperation for the Sake of the Children: Turn IDPs into Active Participants’. This program promotes and strengthens cooperation between civil organizations, representatives of local authorities and businesses in Donetsk, Lugansk, Kharkiv and Odessa regions, which take care of children and people affected by the war and take care of their rehabilitation and education, and also seek to overcome conflicts, counteract corruption and implement economic sustainability in these regions. The EU-supported Ukrainian Philanthropists Forum within the 2-year program promotes development and popularization of the socio-economic sector in Ukraine. Leading universities in the country, such as the National University ‘Kyiv-Mohyla Academy’ and the Ukrainian Catholic University included the subject of social entrepreneurship in the curriculum. Ukrainian books like "Social Entrepreneurship: From Idea to Social Change", "What You Should Know about Social Entrepreneurship" or "Social Entrepreneurship: Business Model. Registration. Taxation." Are being published. Dozens of training and funding programs were created.

Moreover, the European Committee of the Regions, an EU advisory body, in its draft opinion on ‘The objectives of the Eastern Partnership for 2020: Contributing to local and regional authorities’ from 4th/5th of July 2018, assigned a key role to social entrepreneurship. It also called for ‘a concrete action to develop social entrepreneurship as a form of non-formal education among young people and adults at the local and regional level that solves local problems, generates income, creates jobs and promotes social innovations on the ground’.

The sector of social entrepreneurship in Ukraine up to now depends on foreign support. The most significant donor in this area is the United States, but other countries, including Germany, are gaining momentum.

The Current State of Social Entrepreneurship in Law and Society

Despite its relevance, the term ‘social entrepreneurship’ is not clearly defined or recognized in the legal context. The draft laws ‘On Social Entrepreneurship’ (projects 10610 of 14.06.2012 and 2508 of 11.03.2013) can be considered experiments and have not passed into laws. The risks of the tax advantages of such business form were deemed to be too great. These draft laws were supposed to include the definition of ‘social entrepreneurship’ in the legal field. The main difficulty in considering these draft laws was fears of lawmakers about the risks associated with tax discounts for social enterprises. Given the propensity for corruption in Ukraine, fears were expressed that after the approval of such a law, all entrepreneurs would want to become "social" to obtain tax benefits. Additionally, because of the danger of abuse, there were doubts about the possibility of implementing effective control and verification of the criteria for social entrepreneurship. Therefore, there is no public document in Ukraine using the term ‘social enterprise’ although it sometimes appears in state or regional development programs.

The existing social enterprises in Ukraine can be divided into three groups, each with its own criteria:

- A fixed percentage of a company's profit is allocated to a social purpose, i.e. towards the activities of a public organization, a charitable foundation, a social project, etc. An example of such a business in Ukraine is Urban Space 100.

- A certain percentage of a company’s employees represent disadvantaged groups (people with disabilities, internally displaced persons, veterans, single mothers, ethnic minorities, etc.). An example of such a business in Ukraine is Veterano Group.

- A company product or service creates a measurable social value. This might include anti-corruption services and green products. An example of such a company that deals with corruption is a system for electronic public procurement Another example in the field of environmental product improvement is Zelenew Recycling Lab, which creates unique and useful design objects of plastic waste.

Despite the problems of definition, the emergence of social entrepreneurship in Ukraine has a proven positive impact on social cohesion. Moreover, it has a great potential for effectively tackling social problems exactly where cumbersome state institutions are currently struggling to cope with the enormous challenges facing the crisis-stricken country.

Today we can talk about the presence of a certain social entrepreneurship ecosystem, which dynamically pushes this topic forward. This becomes evident in a large number of projects, organizations and publications as well as numerous educational and promotional programs. However, it should be clear that the ecosystem relies completely on international donors and is still unstable at this stage of development. To support the development of social entrepreneurship, state assistance to the sector's development and further support through independent national and transnational donors is needed. Otherwise, there is a risk that the development of social entrepreneurship will be suspended or collapsed as soon as international support is stopped.

Legal consolidation, and consequently the increase in the value of social entrepreneurship, would be a key point for it to take its place in politics, economy, society and science. A national fund and a research center (think tank) should also be established with the purpose to document, analyse, and support the development of social entrepreneurship. With the aim of coping with social problems, social entrepreneurship can generate great trust among people and thus make an important contribution to social cohesion in Ukraine. 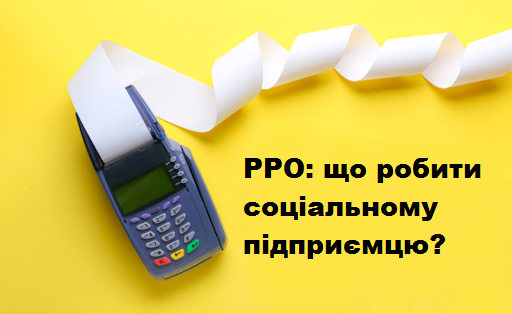 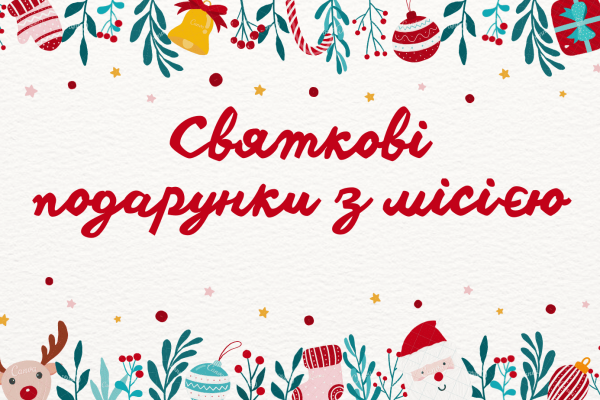 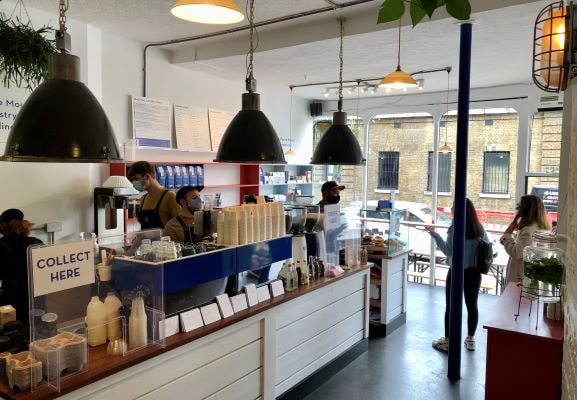 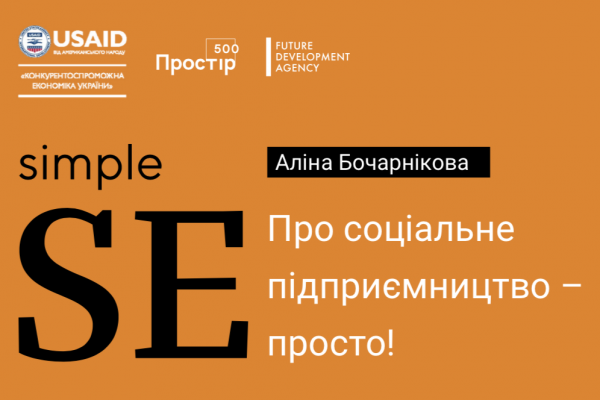 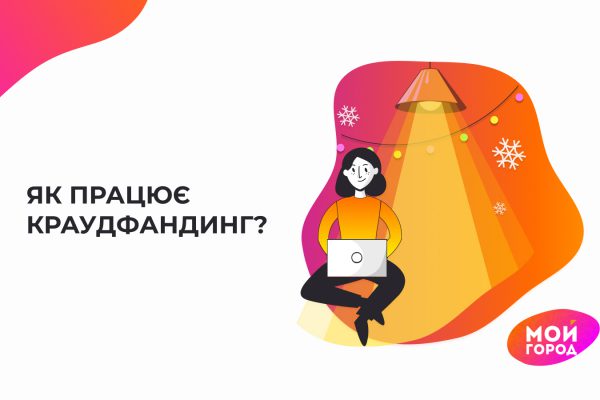